More Power to the Author? 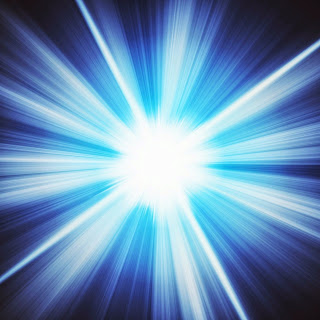 In June of 2014, I was pumped at the prospect of independently publishing my second novel Sisterhood. The process of getting the work ready had been relatively easy and drama-free, and prompted me to think about my first novel, Mira Falling, which had been traditionally published in 2006. It was time for that novel to step into the 21st century too. With this in mind, I contacted Ebook Launch – who did the cover for Sisterhood – and asked them to create a cover for Mira Falling. This seemed like a sensible path to take as I wanted to cross-market the books because, well, isn't that what the big publishers do?

There was, however, a slight hitch: Mira Falling was still subject to the contract I signed back in ’06. Now, I am generally a loyal sort of a gal, and I didn't want to do the wrong thing by the publisher of Mira Falling, so I sent them an email inquiring about the possibility of having my novel converted to an eBook and a print-on-demand (POD) novel.

It took them seven weeks to get back to me. 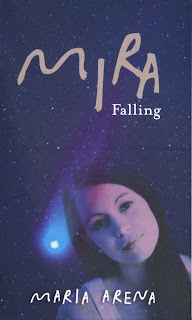 Although Mira is not a huge seller by any stretch of the imagination, nor am I an important player in the world of fiction, this seemed a little extreme to me. But I let it slide because when the publisher finally did get back to me (in August), they said they would ‘very much like to add Mira Falling’ to their eBook program, attached addendum to my contract, and offered me a figure of ‘25% of the net price received.’

Hmmm, I could get 75% with Amazon but, what the hell, they’re my publisher, right? Loyalty and all that stuff. Still, I had some questions about updating the novel and the new cover I’d paid for, and just how long that darn contract I signed back in 2006 was valid for?

That had the ring of ‘for the term of your natural life’ to it, which sent me in search of my original contract. Now I have to admit – and this is a gentle warning for any new authors out there – I didn't actually read every clause in my contract. If I had, I would have known that, unless my publisher refused to reprint my novel at any time, they maintain copyright, forever – meaning that I couldn't do anything with my novel without their agreement. In other words, the novel was no longer ‘mine’. And wouldn't be again, unless the publisher refused to reprint the work, at which point – after nine months! – the rights to the novel would return to me (BTW, this was a standard contract). So, I asked the question: would they reprint the novel and if not, would they return the copyright to me so that I could get on with publishing the eBook and POD?

And I waited for a reply. I sent my email in September. I sent a polite reminder email in October. In November, I called the office and spoke to an assistant publisher, who assured me that some progress was being made. Alas, another month went by and I was forced to email again. This email received an almost immediate reply, possibly because I raised the potential of seeking legal advice.

Once again buoyed by the hint of interest that the publisher’s email contained, I emailed back my queries and questions (which had remained unanswered for months) only to be left hanging for two more months. During this time, I emailed twice and called once, all to no avail. Then, out of the blue, I received an email saying that Mira had been processed and was available through all the usual distributors.

Except, it was the old version of the novel, with its old cover, that had been uploaded.

It was difficult to express my disappointment – I know, I know, but it’s loyalty thing again, and the narrative that says us authors need publishers; that we are not really writers without them –  but I did my best to explain to the publisher. To their credit, they made an effort for one email, although there was immediate talk about things being ‘a bit more complicated’ and then, silence.

So what’s a writer to do?

Take matters into their own hands, of course. Why? Because we can! After two more weeks of no replies, I sent a final email, stating bluntly that I’d had enough of waiting and that I was ready to upload Mira Falling myself, with its updated text and cover. The publisher’s response? An email one day later saying that they felt it would be best if the rights to my novel were returned to me, and an apology that it had been such a ‘drawn-out decision.’ 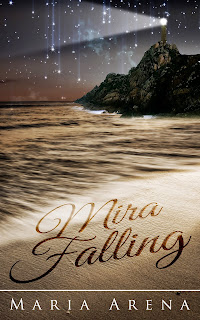 My response? I contacted Ebook launch and asked them to format the book, which was completed in four days, and I spent one day uploading the files for Mira Falling to Smashwords, Google Play and Amazon. Five days and done. Then I set to work on the POD editions of Sisterhood and Mira Falling. These took a little longer as I had to wait for the proof copies to arrive – and there were some issues with Sisterhood (more on this in my next blog) – but here we are, six weeks later and the novels are published and being downloaded as I write.

So what does this experience mean? Well, perhaps the most important message is to read your contract and know what you’re signing up for, and negotiate if something seems exorbitant to you. Don’t be concerned; they've offered you a contract, which means they want your book. That gives you some bargaining power. Don’t let that go to your head though; ask for reasonable things.

Other than that, do large publishers treat their smaller authors in a shoddy manner? Maybe; aside from my own experience, I've heard a few stories from and about other authors, most who are way bigger players than me, who've been treated poorly by their publishers. But that’s not always the case; I've also heard amazing stories of first time authors who have been treated like royalty and, let’s face it, that’s the dream, right?

So, we’ll keep bowing to the publishers, at least for now, but it’s good to know that there is a viable and accessible alternative. Yes, independent publishing costs more in cash and time, and you need a strong commitment to getting yourself known, but the advantage is control and the knowledge that no one can waste your precious time… except you.

Got a story to tell about your experiences with publishers?  Leave a comment...