The Secret of Elaborate Liars

Over the past few months, my friend and colleague in writing, Eileen Goodall, and I have been busy running the Field of Words website and short story competition. Momentum is building and we are receiving more and more entries every day, which is great.

Looking back over the weeks between February and April, I realised that I've read almost sixty stories from emerging writers and that there is one recurrent issue that arises in almost every story:

Whether or not this term is familiar, it is likely you recognise this element of story in the fiction that you read or watch. Whenever you reach a point in a novel, short story or film where you have an ‘As if!’ moment, what you are instinctively responding to is a lack of verisimilitude. Likewise, when you cry at the death of a character, or laugh at their audacity, or feel triumphant at the defeat of the antagonist, you have again tapped into the verisimilitude of a story.

So, what it verisimilitude?

While this element of story is as old as story itself, the consensus seems to be that Plato and Aristotle conceptualised it into the term ‘verisimilitude’, which comes from the Latin: Verum meaning truth  and Similis meaning similar. Verisimilitude, then, means ‘similar to truth’ or ‘the appearance of truth’ and is directly related to the believability of a story. Plato and Aristotle argued that for a piece art – in our case, story – to be successful in convincing an audience, it must be grounded in reality. This is the basis for the theory of mimesis.

But let’s not get bogged down in theories…Rather let’s consider what verisimilitude mean for us as writers in a practical sense?

I Love it When You Lie to Me, elaborately: 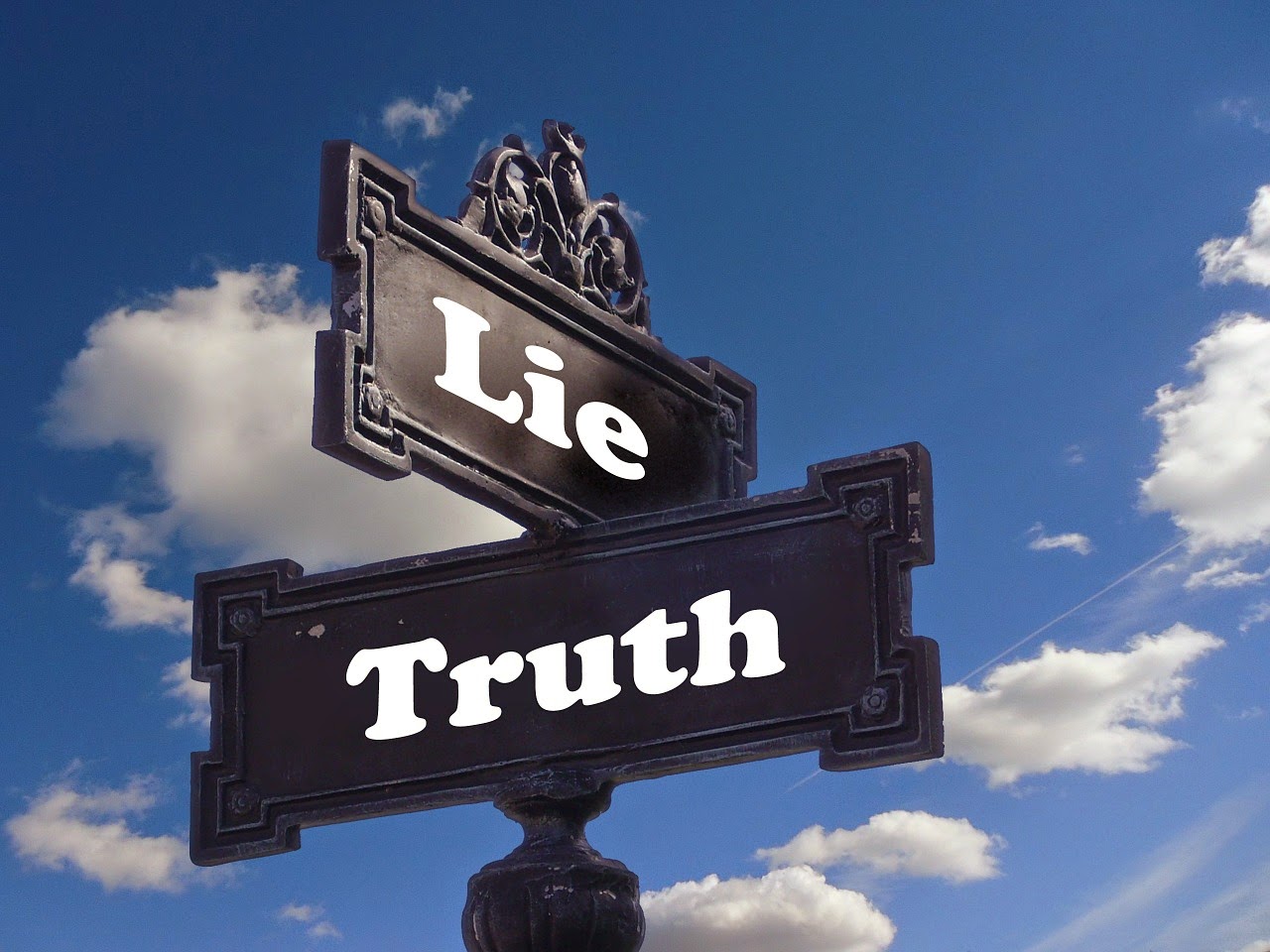 Writers of fiction are elaborate liars (and I say this with respect, admiration and gratitude). The difference between a mediocre writer and a great writer is their proficiency at making their lies feel like truth. A reader approaches a story knowing full well that what they are about to read is make believe. Our job is to convince them that, despite what they know, the worlds we create are possible, plausible and real.

This is true regardless of the genre in which we are writing; although, if we are writing horror, sci-fi, fantasy, speculative fiction, or any of their sub-genres, we must work even harder to invest our stories with verisimilitude. This is because we are asking our readers to believe in something that doesn't exist in actuality, and which is outside – in most cases – their lived experience.

Verisimilitude, then, must be embedded in all elements of a story – characters, settings, plot events, dialogue, thoughts, motivations and description. Each one must have a resemblance to truth in order for the reader to suspend their disbelief and fully immerse in the story. On the other hand, a break in, or lack of, verisimilitude will shatter the illusion of truth and snap the reader out of the world we've created, which is, in terms of story, like seeing the $2 price tag on what you thought was an expensive gift.

How do we imbue a story with verisimilitude?

1. Set up is everything.

In order for a reader to ‘buy into’ a story, plot events, character traits/motivations and setting, in particular, need to have an inherent naturalness and internal consistency.  By naturalness, I mean that creative elements need to be set up so that they feel intrinsic to the story and realistic to the reader, while internal consistency means that the creative elements are applied appropriately.

In order to demonstrate how setting up creates verisimilitude, I’ll draw on the writing of one of the March FoW finalists, Laura McGeoch. You can read the full story here. 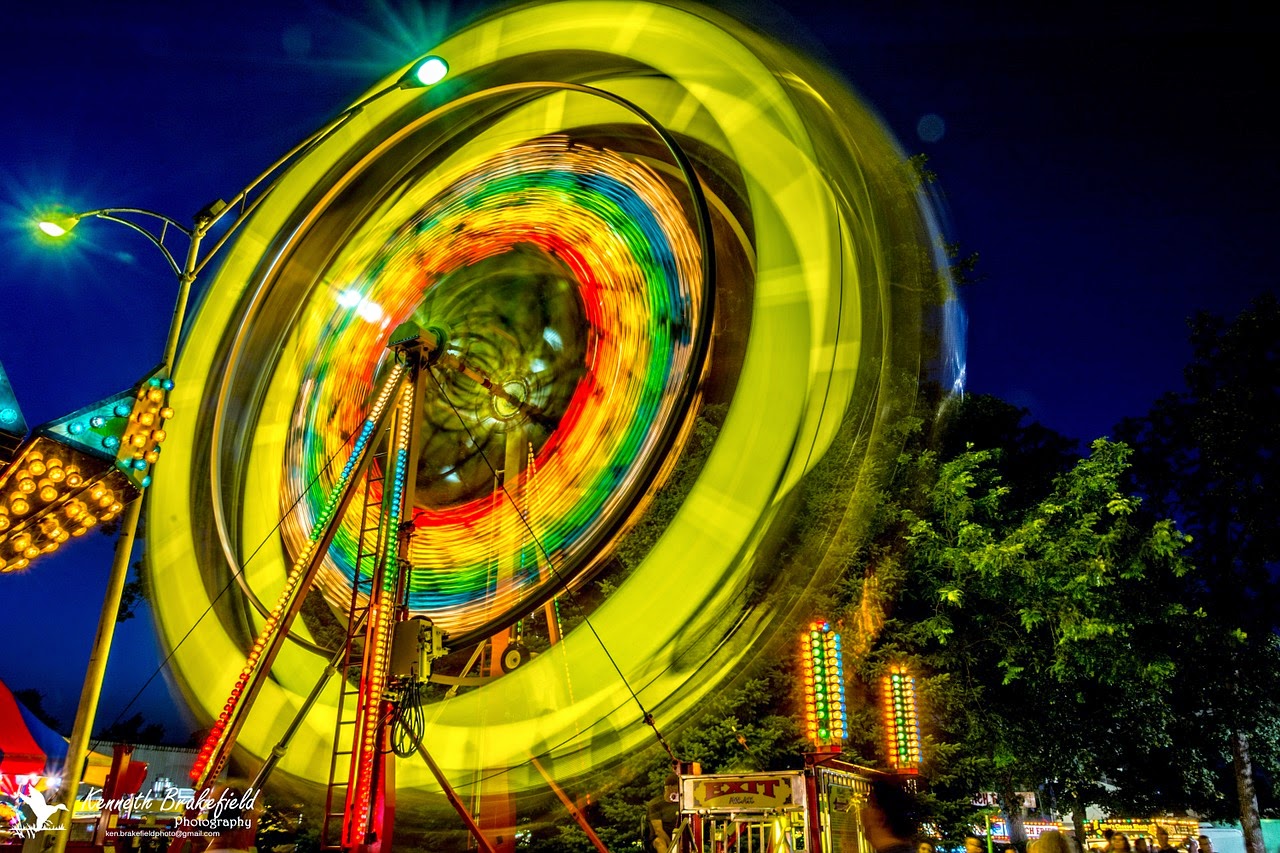 In The Spinner, we are introduced to Jenny Jenkins in the 3rd paragraph of the story:

Jenny Jenkins was also happy for the custom. She dyed her hair a yellow shade of gold, slapped on her reddest lipstick and strutted about in denim shorts that showed half her arse. Dad scoffed, What does she think she’s gonna do? Runaway with the circus? Mum, wrist deep in the washing up, pretended not to care — or notice — the pointless regret in his voice when speaking about his first love.


Jenny’s introduction here and the establishment of her line of work sets up for her appearance at the climactic moment of the story:


Over his thick breathing and just ahead of me, I heard a singsong voice call out: “Thanks, honey. Remember me next time you’re in town.”

I managed to raise my chin off the ground enough to see Jenny Jenkins’ white arse cheeks wobbling from her shorts. Her yellow hair shone like gold in the rising moonlight.

“Jenny—” I prayed I was loud enough. She paused for a brutal moment before her golden head turned. From her rose petal mouth came a guttural shout that only women like Jenny need to possess.


This scene works beautifully because we've already meet Jenny (set up) and understand that it is likely she will be plying her trade among the ‘carnies’ (consistency of character), while her intervention in the attack on the narrator is natural because of the romantic history between Sarah’s father and Jenny. We also have consistency in the physical attributes and mannerism of Jenny, all of which embeds verisimilitude into the story.

No matter what kind of story you are writing, the real world is your friend. Drawing on aspects of the real world helps the reader to connect with the characters, events and settings, creating a sense of believability. Even in stories with the most fanciful characters and plotlines, verisimilitude can be created by weaving elements of our known world through the fictional one. Consider the Harry Potter series, which is centred on wizards, witches and all manner of incredible creatures. Why does it work? In part because readers recognise aspects of their everyday world – trains, schools, teachers, bullies, sport etc. This technique also applies to realist stories, as can be seen in the writing of our second FoW finalist, Jane Bennett, in her story, Scary-Mary:

I sit on the rough sea wall with my legs dangling, and roll myself a smoke, letting the fumes curl around me, boosting me up for the homeward climb…

This brief scene, with its rough sea wall, dangling legs and rolled smoke, invests Mary with verisimilitude. We see where she is, what she is doing and, quite naturally, she becomes real to us. Note, however, that the details included are specific and limited. The writer hasn’t tried to include every minute aspect of the real world; instead they have been discerning and provided enough significant detail for the reader to create an image of Mary sitting on the rock wall, smoking. Too much detail can break verisimilitude just as easily as too little. The trick is to find the balance.

There is nothing worse in a story than forced and/or pointless dialogue. This type of dialogue adds nothing to the effect of a story, or is included purely for the sake of plot. However, what a character says needs to reflect who they are and the situation they are involved in. When used in this intentional way, dialogue is infused with verisimilitude, which in turn, creates believable characters. 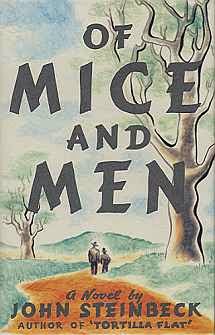 One of the masters of writing dialogue imbued with verisimilitude was John Steinbeck. In this extract from Of Mice and Men (pp.4-5), we receive plot but much more importantly, we get to know the characters and learn something about the power relationship between  them:

I forgot,' Lennie said softly. 'I tried not to forget. Honest to God I did, George.'
'O.K.—O.K. I’ll tell ya again. I ain’t got nothing to do. Might jus’ as well spen’ all my time tell’n you things and then you forget ‘em, and I tell you again.'
'Tried and tried,' said Lennie, 'but it didn’t do no good. I remember about the rabbits, George.'
'The hell with the rabbits. That’s all you ever can remember is them rabbits. O.K.! Now you listen and this time you got to remember so we don’t get in no trouble. You remember settin’ in that gutter on Howard street and watchin’ that blackboard?'
Lennies’s face broke into a delighted smile. 'Why sure, George, I remember that…but…what’d we do then? I remember some girls come by and you says…you say…'
'The hell with what I says. You remember about us goin’ into Murray and Ready’s, and they give us work cards and bus tickets?'
'Oh, sure, George, I remember that now.' His hands went quickly into his side coat pockets. He said gently, 'George…I ain’t got mine. I musta lost it.' He looked down at the ground in despair.
'You never had none, you crazy bastard. I got both of ‘em here. Think I’d let you carry your own work card?'
Lennie grinned with relief...

The dialogue has a beautiful natural flow and is layered with nuances and inflections that bring the characters, as thus the story, to life.

Right, so that’s verisimilitude: ‘the resemblance to truth’ – and it should be woven into every aspect of writing. The more verisimilitude that is invested in a story, the deeper a reader will be drawn in, and the more they will love the writer for the elaborate lie they have created.

Maria
Posted by Maria Arena at 03:01 No comments: